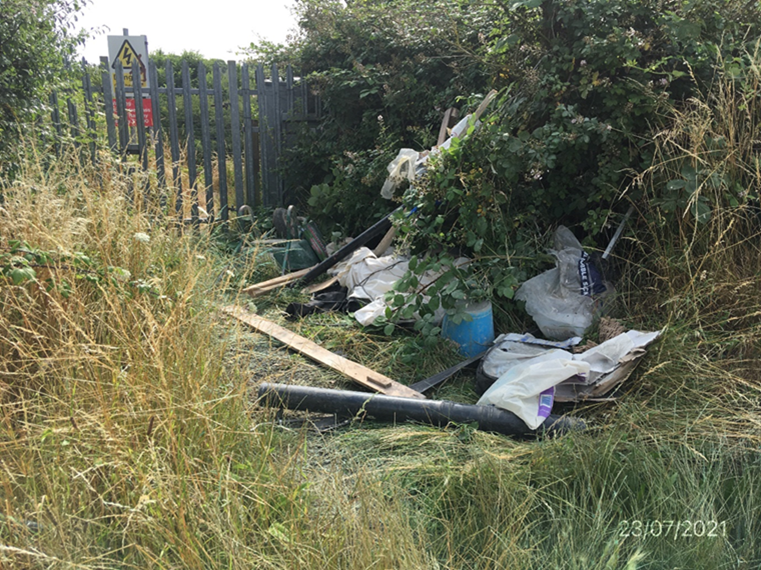 A man from Huntingdon has been prosecuted for fly-tipping.

Mr Steven Jabbar of Robertson Way, Huntingdon, was found guilty of the fly-tipping offence at Peterborough Magistrates Court on 6 September 2022.

Huntingdonshire District Council investigated a reported fly-tip on Priory Hill, St Neots in, July 2021. The waste was traced back to a commercial business, who highlighted an individual who was given the responsibility for taking the waste and disposing of it correctly.

Instead, he dumped the waste on public land.

Jabbar was fined £2,000 and made to pay £1,800 costs to the District Council. He was also disqualified from driving for 28 days.

Executive Councillor Customer and Transactional Services, Cllr Stephen Ferguson, said: "This is yet another successful prosecution which shows that we will not give up chasing fly-tippers and will bring them to justice.

"It costs the council a lot of money to collect and dispose fly-tips.

"This prosecution is another example of our commitment to keeping the district clean and green."

If you see someone fly-tipping or would like to report an area where fly-tipping has taken place, visit our webpage.